How one dairy farm installed robots to cut down milking time


Since robots were installed at Argoed Farm, average milk yield in the Holstein herd has increased by 2,000 litres a year, to 9,000 litres, an immediate payback from investing in the technology.

Alun and Rita Owens and their son and daughter-in-law, Geraint and Lowri, were milking the herd in a 7:14 herringbone parlour installed two years after they bought the farm at Cenarth, Carmarthenshire, in 1980. It took them six hours a day to milk 100 cows.

“It became clear that milking was taking up too much of the day – we didn’t have time to do anything else,” says Geraint.

The business didn’t employ relief milkers, so all the work fell on the family, who juggled the milking with doing most of the farm work in-house and running a busy riverside caravan site.

See also: How to make the most of technical data from robots

Three options were considered: give up dairying, install a new parlour, or switch to robotic milking.

“Mum and Dad would probably have sold the herd, but I felt I was too young to give up that side of the business and I liked the idea of robots,” explains Geraint.

About the build and cow transition

They decided to install robots, but not before extensively researching robotic systems.

They looked at all makes and models, but it was the backup support available locally that made them settle on two Fullwood Merlin units.

The free-access robots are sited in a 12m, two-bay extension inside slatted-floor cubicle housing that had been constructed four years earlier.

The robots were commissioned in the spring of 2018 and, according to the engineers installing them, the transition by the cows was the smoothest they had witnessed.

The cows were already familiar with the shed and the robots were used as out-of-parlour feeders for five days before they were commissioned, to get the herd used to that system of feeding.

Siting the robots and feeding cows

A lot of thought went into the siting of the separation area – it is in a light and airy part of the shed where cows see what is ahead of them.

This is important, says Geraint. “Farms we visited that had trouble getting cows to go into the separation area had them in dark areas.”

Cows milk an average of 3.2 times every 24 hours and, because of the more frequent milking and better feeding, the average yield has increased from 7,000 to 9,000 litres.

Concentrates are fed to yield to a maximum of 11kg of concentrates every 24 hours for animals producing more than 36 litres. The rest of the diet is a total mixed ration (TMR) comprising home-grown maize silage, first-cut grass silage, and 3kg of a 20% protein blend.

The system is fully housed with zero grazing – it takes an hour daily to cut and feed fresh grass.

“You can’t beat it in the ration, but it is time-consuming, and it uses a lot of fuel so it’s not cheap,” says Geraint.

He hasn’t dismissed the idea of introducing grazing amid rising feed costs.

“The robots are fairly central with grazing either side so it might be something we will look at,” he adds.

For the Owens, robotic milking isn’t without its challenges, and chief among these are alerts when a problem needs dealing with.

“There is no pattern to it, a month might pass without a single call and then we get several,” says Alun.

Some are linked, in part, to attempts to keep the plant clean, which is a challenge in itself.

“We have a lot of call-outs because we wet things we shouldn’t, like the camera. The machines are never on stop so they are hard to keep clean, particularly in the heat of summer when the muck dries on,” explains Alun.

“The support we have had has been out of this world It has been the making of our switch to robots,” adds Geraint.

Running costs are high – the system consumes around £1,000 worth of electricity a month, three times more than the herringbone parlour. Another expensive item is dairy chemicals used for frequent washing and backflushing.

However, those costs are balanced by labour savings – even in a family-run business it means labour can be directed to other jobs.

“We are not losing the best hours of the day milking. We enjoy the variety of doing all our own fieldwork, or we might be building or doing mechanical repairs,” explains Geraint.

The robots generate a huge amount of data. One of the benefits of this is that it creates a “fetch” list, flagging up animals that may need attention due to mastitis and lameness.

The business has also bought a second-hand milk sampling unit to monitor somatic cell counts. These are running at under 200,000 cells/ml. 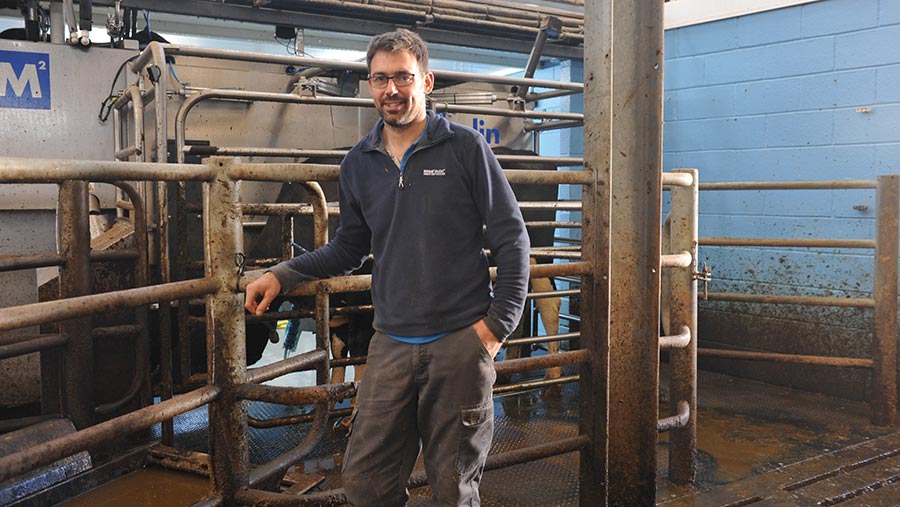 Installing a third robot is a possibility. But it is not as simple to achieve as in a conventional milking system, he adds.

“To make it cost-effective you have to increase by 60 cows, you can’t just up numbers by 10, and that isn’t easy if you have a closed herd.”

With the next generation showing an interest – Geraint and Lowri have three daughters, Efa, Hana and Beca, and the eldest, 10-year-old Efa, loves helping – that is a question they might need to figure out in the future.

Garden shade ideas to shelter from the sun in style

Expert tips on creating a workspace in your garden