Net-zero targets remain at the forefront of the electric vehicle revolution, spurring an increasing sense of urgency to move towards cleaner technologies.

But within agriculture, the alternative means of powering heavy machinery are yet to live up to the legacy of their fossil-fuelled forebears.

To try to change the narrative, the government has pledged an investment of £80m into electrification technologies – those identified as power electronics, electric machines and drives (PEMD).

Now in its second year, and with two more to go, the Driving the Electric Revolution Challenge -administered through the Department for Business, Energy and Industrial Strategy – is funding a number of projects working directly on the electrification of agriculture.

Working closely with the challenge, the Knowledge Transfer Network (KTN) consulted the wider agricultural industry on the reception and implementation of electric farm machinery.

We spoke with Paul Huggett and Pedro Carvalho to discuss their findings, and to see how the fund will affect the electrification of farm machinery.

What is the purpose of the Driving the Electric Revolution Challenge, and how does it apply to the agricultural sector?

The challenge was born out of the Industrial Strategy Challenge Fund (ISCF) and is centred around the idea of the decarbonisation of fossil fuel propulsion.

This covers a multitude of sectors, the most obvious of which is the drive towards electric vehicles (EVs) and EV charging, transport and infrastructure across rail, marine, off-road and agriculture.

There are 40-50 projects, of which half a dozen or more have direct relevance to the agriculture industry.

We are seeing a lot of commonality between the demands of the different sectors, so things we learn in marine and rail can cross over into agriculture as well.

The drive towards the decarbonisation of propulsion is really motivated by the desire for a net-zero economy and all the benefits that brings us.

What were the greatest challenges identified by the report?

Tractors. For the agri-food sector, this is the area that came up time and again, and was identified by the interviewees as one that is particularly behind the curve when it comes to electrification.

The main reasons that our respondents identified were the cost and insufficient range of batteries.

Obviously a tractor has a long duty cycle, often doing 12-15 hours of continuous work during the harvest season, and getting the time to charge them would be an issue.

Given the difficulties identified with the electrification of heavy machinery, how do you see the process taking place?

When it comes to heavy machinery, electrification in farming may be better suited to swarm and autonomous robotics.

This is essentially the principle of having small robots that perform individual tasks – for instance, one that sprays the crop, or runs an inter-row weeder.

This doesn’t sit well with common agricultural practice, though, so we may have to rethink our farming systems to accommodate this type of machinery.

The advantage of going to the lightweight robot is that it requires relatively small amounts of electrical power that can most likely be provided by existing infrastructure.

You can also then apply the principal of autonomy to these machines.

This is already being successfully deployed in greenhouses to carry out tasks such as tomato harvesting, as well as picking other fruits and mushrooms. 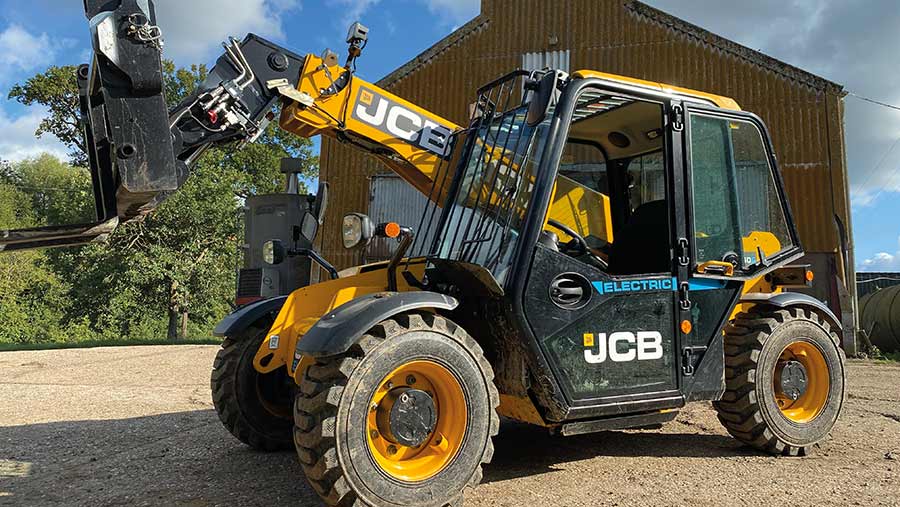 Are there any problems with using autonomous robots on a larger scale?

Autonomous robots and drones, for example, have their limitations.

Aside from electricity, they are almost always dependant on having 4G or 5G data connectivity.

In rural areas, this is often pretty poor, with many fields having little or no network coverage – so this is currently not a fully reliable solution in parts of rural Britain.

How will swarm robotics/autonomous robots be commercially viable in a farming system?

To help increase acceptance of electrification, we need a robust commercial model where the robot developers, manufacturers and repairers can have an equitable solution that suits farming operators.

Researchers have been looking at different financial models for deploying these machines.

One model is based around having job-specific robots, such as one for scouting that spends all its time in the field assessing, identifying and removing weeds.

This is either leased or purchased by the farmer – kind of like a “rent-a-robot” system.

In a way, this is similar to contract harvesting – a farmer may not own a combine, but would acquire the relevant kit and operator needed for the harvest. 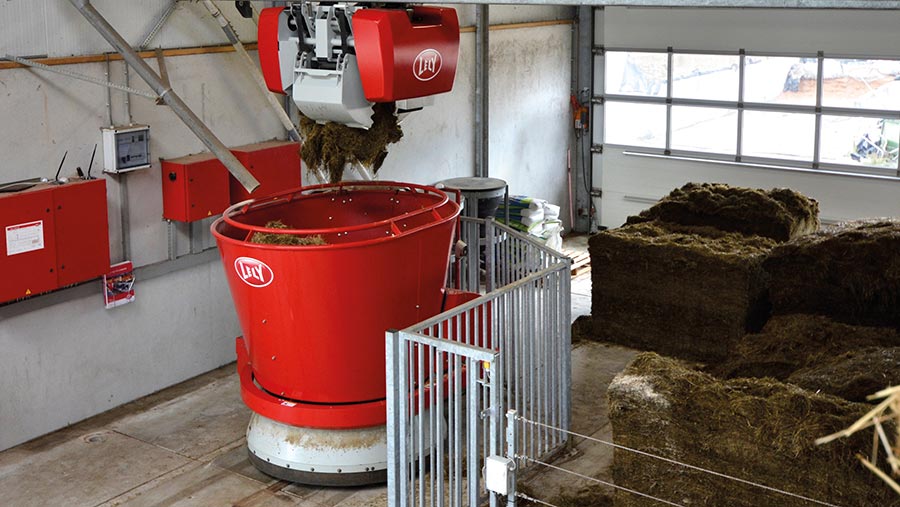 Are there any alternatives to electrification?

There are several alternatives on their way, with developments being made with hydrogen engines and hydrogen fuel cells.

Is the farming sector likely to meet net-zero targets?

In the short term, I’ll stick my neck out and say no, probably not. If you want to haul tonnes of silage off a recently cut field, I think you’re going to be hard pushed to do so with an electric vehicle.

One of the aspects we found of the farming community, which is fairly obvious to those who live in it, is the relative weakness of the infrastructure.

By that I mean that most farms do not have huge amounts of electrical power being delivered.

However, what they do have is the opportunity and potential to generate significant amounts of zero-carbon electricity through means such as solar and wind, and these could be used as local energy sources.

But the technology behind the renewables integration to feed the electricity demand for the electrification of agriculture is at the very early stage.

You may end up with fantastic electric tractors eventually, though you still need hundreds of kilowatts of power to recharge them – and that’s a problem.

Mass electrification is not just around the corner, and we need to combine it with simultaneous renewable energy integration.

This infrastructure needs to be in place before electrification can be rolled out en masse.

It needs to be thought of as an integrated solution – you’re not going to get farmers adopting electric traction without significant charging infrastructure and without the ability to deliver large amounts of power to the farm when and where it’s needed. 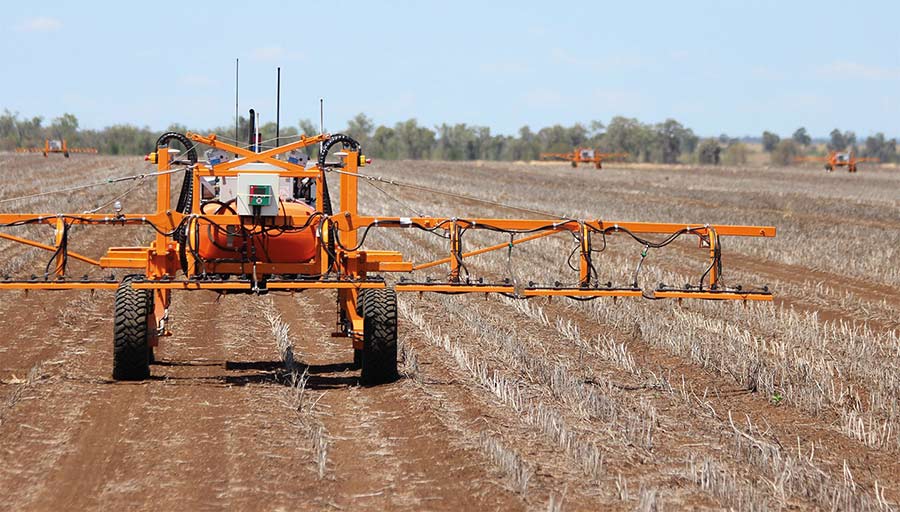 Is there a short-term solution to bridge the gap between fossil fuels and electrification?

By this, we mean non-fossil fuels. There are a number of ways of making non-fossil fuels for internal combustion engines, using everything from algae all the way through to used chip fat and certain food production wastes.

They’re notionally carbon neutral, but in practice their carbon status is a little more complex than that because you have to do some work to produce them.

One method, the transesterification of fatty acids, converts things such as palm oil and rapeseed oil into diesel analogue.

Palm oil is, of course, ecologically disastrous, as its production has caused severe damage to the rainforest, and rapeseed oil is subject to vast variations in price, determined by the markets.

But low-carbon synthetic fuels are a stepping stone and potentially a long-term solution for the very high-powered vehicles where electrification is impractical.

How environmentally friendly are electric vehicles to produce, and what happens to their old batteries?

Mining consumes about 6% of the world’s energy – and to make an EV, you need to mine cobalt and graphite, along with lots of metals such as copper and aluminium.

So EV production only really works if you have a circular economy, and for this recycling is the key.

We need value retention – this means keeping as much of the embedded value of the product, not just taking an electric motor and smashing it up, or taking a battery and scrapping it. Instead, we need to keep the value and recycle it.

There are two organisations under the Driving the Electric Revolution Challenge that are looking at battery manufacturing and recycling, disassembling them and extracting their critical materials to actually recreate new batteries.

Is the current conflict between Russia and Ukraine likely to affect net-zero targets or the electrification industry more widely?

The present crisis is highlighting where we have supply chain vulnerabilities.

When it comes to batteries, the globalisation of electrification has meant there are a number of minerals, and particularly metals, that have been flagged as critical to the electrification programme.

For batteries specifically, this means lithium and cobalt, along with some materials known as rare earth elements.

Titanium is another crucial metal, and one that is sourced predominantly from Russia.

It is too early too tell whether there will be any effect on supply, but it will likely be dictated by the intensity and duration of the troubles we are seeing.

We also source special metals for making EV magnets from countries all over the world.

Known as neodymium dysprosium iron boron magnets, the metals are found in parts of China, Australia and southern Africa – so it’s a global marketplace.

Can agriculture adapt to the electrification of machinery?

It’s often said that farmers don’t like change. After nearly 20 years working with farmers, that’s not the impression I have.

Farmers are open to change and to trying new equipment, but this needs to be reliable. Currently, the issue is that the electric alternatives are not available to them.

All of the producers we contacted were willing to explore electric products, provided they receive the relevant support and are convinced the machines can be relied on.